The FV430 series of vehicles has a long pedigree which can be traced back to the origins of the famous WW II bren gun carriers/universal carriers. The immediate predecessors of the FV430 series were the FV420 series, themselves developed from these carriers. The prototype vehicle, FV431, provided the basis for the FV432. FV432 is essntially a steel box on tracks. It was built by GKN Sankey and production finished in 1971.

There are four basic marks, Mk 1, Mk 1/1, Mk 2, and Mk 2/1. The Mark 1 had a roof mounted exhaust. The Mark 2s are identifiable by the prominent exhaust on the LH side of the vehicle..

An excellent FV432 website by Dave Giles can be found at http://www.apcman.btinternet.co.uk/ 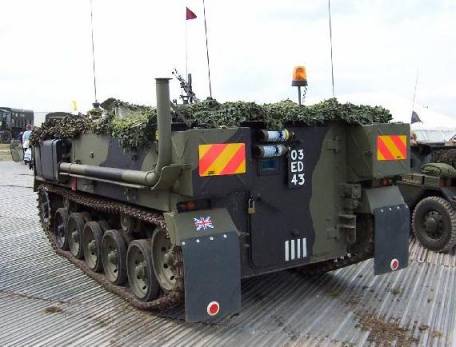 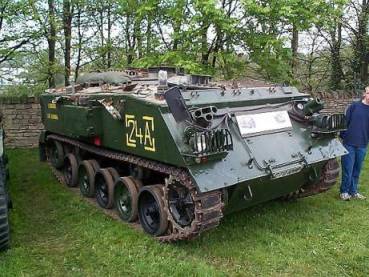 The FV432 has povided the basis for many other variants/special purpose vehicles. These include:

Command Vehicle
Ambulance
Cargo Carrier
Recovery Vehicle.
Each of these versions essentially involves a simple refit of the basic vehicle.

Turreted FV432
The most common version is with a GPMG turret. There are also vehicles used by the Berlin Garrison with 30 mm Rarden turrets, as well as some vehicles fitted with Scorpion turrets for use as Opposing Force (OPFOR) vehicles in exercises.

FV432 Battery Command Vehicle (Royal Artillery)
Distinguished by a extensive roof racking and large box-like awning on the top rear of some vehicles.

FV432 (Royal Engineers)
Mine layer variants, such as Ranger

Falcon AA Vehicle (based on Abbot)
Never went into production: prototype only

Back to my AFV Homepage